INDIANAPOLIS (AP) – The Indiana Court of Appeals has overturned the feticide conviction of a woman found guilty of killing her premature infant by taking abortion-inducing drugs.

The ruling issued Friday comes in the case of Purvi Patel, who was convicted of neglect and feticide last year. However, the court upheld a lower-level felony neglect of a dependent conviction.

Purvi Patel was sentenced to 20 years in prison in 2015, two years after her self-induced abortion at her family’s home. Women’s advocacy groups have been heavily involved in the case, saying it marks the first time a state feticide law was used against a woman because of an alleged self-induced abortion.

The appeals court ruled that the state Legislature didn’t intend for the feticide law “to be used to prosecute women for their own abortions.”

Patel was arrested when she sought treatment at a local hospital for profuse bleeding after delivering a 1½-pound boy in a bathroom and putting his body in a trash bin behind her family’s restaurant. Court records show she bought abortion-inducing drugs from an online pharmacy based in Hong Kong.

Patel, who was 32 at the time, used the drugs because she feared her family would discover she had been impregnated by a married man, according to documents. Patel lived with her parents and grandparents in Granger, a city just northeast of South Bend along the Michigan border.

Attorneys for Indiana argued that Patel was at least 25 weeks into her pregnancy. They said her infant was just beyond the threshold of viability and took at least one breath before dying.

The attorneys also argued that Indiana’s feticide law could apply to pregnant woman, not just “to third-party actors,” and that Patel hadn’t shown the feticide law constituted an undue burden on the right to an abortion. 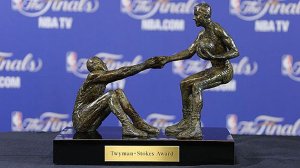 The development of values such as sportsmanship, fair play, and honesty through physical activity has been a major objective of physical educators and coaches for many years. Unfortunately, little evidence exists to support a positive relationship between sports participation and values development. Literature reviews completed in this area reveal a negative correlation between the length of one’s involvement in sport and the generation of sportsmanlike values (Coakley, 1982; Kroll, 1975; Stevenson, 1975). It has also been determined that nonathletes are more sportsmanlike than their athletic peers (Allison, 1981; Bovyer, 1968; Kistler, 1957; Lakie, 1964; Richardson, 1962).
On the basis of these findings, it is clear that if physical activity is to contribute to values development, then strategies that employ moral reasoning beyond social convention must be used. In response to this need, a number of intervention techniques have been designed and implemented in a variety of sports settings. Horrocks (1977, 1979, 1980) has applied the concepts of Kohlberg’s
moral reasoning to physical activity. Through the use of intervention and superordinate goals, Horrocks was able to find a positive correlation between socially accepted play patterns and moral reasoning. Weiss, Bredemeier, Shields, and Shewchuk (1984) and Romance (1984) have identified improvements in cognitive-
developmental levels through interventions using either moral development or social learning strategies.

Apparently, the #NBA does not subscribe to the moral reasoning associated with sportsmanlike behavior by using monetary values to drive the decision making of the residents of Charlotte, NC.

It’s my ball you can’t play and I’m taking it home….

Since the #RodneyKing beating, the violence and anger toward each other has progressively risen from beating Black men in the street by Police Officers to shooting an unarmed man who was laying on the ground with his arms clearly in the air.  Young Black men have been shot in the head, the back and legs.  Young Black women have mysteriously been killed while in #lockup!

My father used to say to me, “Wendy, you know people will not continue to go hungry or starve, they will find a way to eat.”  I suspect if he were alive he would say, “Wendy, you know people will not continue to watch their loved ones get shot in the head, leg or their backs because the police “thought” they had a weapon and then have the murder justified  after they run the deceased’s name through the database and find out they HAD prior legal issues.”   I’m sure he would follow up with posing the the question, “What would I do if my daughter were caught in the line of fire?” Conversely,  as a mother, I might want instant retaliation, but as an African American woman I neither want to go to jail or live with the memory of the senseless killing of my daughter.  I can say senseless at this moment for 2 reasons, my daughter has never been arrested nor will she be as long as she follows the guidelines I prepared for her.  Although you know, a thought comes to mind, how many other children were fed the “right and wrong” speech and are no longer with us?

For this scenario I must defer to what I have learned from my relationship with the Lord.  He loves me, my daughter and my family and friends.   Accordingly, I trust Him, to wake me in the morning, to watch over my family during the day and evening.  Should a member of my family find themselves in line of fire, surely at first I would question, why Lord!  Moreover, I have come to understand that there is a presence among us that has a role to fulfill and that he must petition the Lord before he can act.  You know some folk don’t know that, don’t understand it and as a result refuse to believe that all things work together for the good.  In my final analysis, if my daughter we to find herself in the line of fire, I must and will trust that the Lord will reveal to me, as soon as I’m ready to not only hear it but accept it, why He as allowed such a tragedy occur in my life and hers.

Please watch the clip and answer the question posed by the little boy, if you can’t then you may understand why #BlackLivesMatter.

Based on what you gentlemen #trackstarz stated, my first thought is the “Pastors” did not address the open marriage topic from a Biblical standpoint because who would watch a show that actually taught one how to live according to Jesus Christ and delivered the message via Paul’s writings and other disciples.

Gov. Dannel P. Malloy bypassed a federal security checkpoint at Bradley International Airport last Nov. 27 while carrying a backpack belonging to his son, Samuel Malloy, through a private corridor to the departure gate area as he and first lady Cathy Malloy saw their son off for a flight, a Courant investigation of the episode has found.

The Federal Housing Finance Agency states, “Our mission is to ensure the Housing Government-sponsored Enterprises operate in a safe and sound manner so they serve as a reliable source of liquidity and funding for housing finance and community investment. Together these institutions provide more than $5 trillion in funding for the U.S. mortgage markets and financial institutions.”

(Source: milforddailynews.com) FRAMINGHAM – A former Framingham Housing Authority accountant, who doctored tenants’ computer records and skimmed money from their rent payments, faces federal charges she stole more than $70,000 in cash over the course of a year and a half, authorities said Tuesday.

Framingham Police arrested Rosa Famania, 33, at her 6 Dennis Road, Milford, home on Tuesday on behalf of federal authorities, who had obtained a warrant for her arrest. She is charged with theft from a program receiving federal funds. Famania resigned last Aug. 31 after she was suspended by the Housing Authority that month.
According to an affidavit filed in U.S. District Court in Boston, Famania began working as an accounting assistant in February 2010.

The investigation began on Aug. 6, 2015, as a result of a mistake by one of Famania’s co-workers. Famania was out sick on Aug. 5, 2015, when several people paid their rent in cash. The money, with receipts, was put in a cash lock box – for which Famania was responsible – kept on Famania’s desk. The following day, Famania left work early. A co-worker, meaning to open a petty cash box, instead mistakenly opened the rent cash box and discovered two of the rent payments – $300 and $560 – were missing.

“A subsequent search by the FHA accounting department employee revealed that the $560 and $300 duplicate copies of the receipts that were wrapped around the tenant’s cash payment when they were placed in the lock cash rental box the previous day were torn up and thrown away in Famania’s trash barrel,” according to the affidavit.

The authority began an internal investigation…