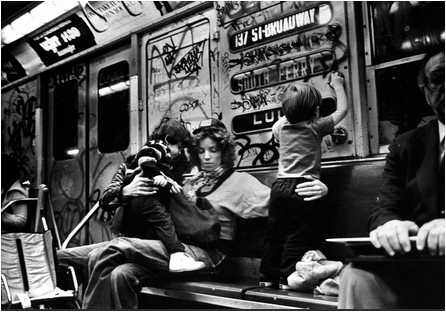 The first time I watched a woman and her two children get on the train at 6:00 am I thought to myself – It’s quite early to have an infant and little girl out on the train.

I saw her again and again and thought to myself – Wow she does this every day surely there was someone who would give her a ride.

The other day I saw her and she was combing her daughter’s hair on the train (she wasn’t quite ready for that early trip).  I watched her comb the hair and feed her baby in the carriage while riding the train.

One time I watched the other passengers get on the train and stare at her until they passed by –  as if she had leprosy and should have been banned from the train.

I thought to myself – wow I remember getting on the train about 27 years ago when my daughter was an infant and I did not do as well as the woman I watched… It was in that moment that I had great respect for her courage and strength.