Will Substitutes required to carry a weapon, if we can’t control the women and men who are having relationships with children how will we manage the emotions of adults with weapons in certain school districts?

“You don’t know until you test it, but I think, I really believe I would have run in there even if I didn’t have weapon.” stated Trump.  The same one who thinks:

4. “Torture works. Ok, folks?” You know, I have these guys – ‘Torture doesn’t work!’ – believe me, it works. And waterboarding is your minor form. Some people say it’s not actually torture. Let’s assume it is. But they asked me the question, ‘What do you think of waterboarding?’ Absolutely fine. But we should go much stronger than waterboarding.

5. “It is always a great honor to be so nicely complimented by a man so highly respected within his own country and beyond.” (regarding Vladimir Putin

6. “Donald J. Trump is calling for a total and complete shutdown of Muslims entering the United States until our country’s representatives can figure out what is going on.”

7.  “…My primary consultant is myself, and I have a good instinct for this stuff”

9. “I’m very pro-choice,” Trump says. “I hate the concept of abortion. I hate it. I hate everything it stands for. I cringe when I listen to people debating the subject. But you still — I just believe in choice.” Later in an interview with Tapper –

TAPPER: Let me ask you about a few social issues because they haven’t been issues you have been talking about for several years. I know you’re opposed to abortion.

What am I #Concerned about:  I must  ask myself what would I do, I ponder what would have President Obama done.  Who are “these” people he is referring to, did you know more than one-third of the shootings—34 percent—involved a shooter who was prohibited from possessing firearms?

If teachers get bonuses for carrying a weapon what will substitutes get considering a teacher‘s salary average about 3 times as much?  Will Substitutes be required to carry a weapon, if we can’t control the women and men who are having relationships with children how will we manage the emotions of adults with weapons in certain school districts?

10. “Two Corinthians, 3:17, that’s the whole ballgame,” Trump said. (The relevant verse: “Now the Lord is the Spirit, and where the Spirit of the Lord is, there is freedom.”)

I do not believe the Spirit of the Lord resides (with Trump at 1600 Pennsylvania Avenue, Washington, DC) however I do believe that God is not foolish and would not leave us nor forsake us.  I remember another instance where all went awry for a man named Job and He stood on what he knew to be true, regardless of what his friends and family thought.  Job was victorious and I am 1000% sure we can and will be victorious through these difficult times as well.

break and destroy any aggression, attempts of the enemy

(WASHINGTON) — The U.S. ambassador to the United Nations said Sunday that women who accuse someone of sexual misconduct deserve to be heard, even if it involves President Donald Trump. “I know that he was elected, but women should always feel comfortable coming forward. And we should all be willing to listen to them,” Nikki…

We ask You #Lord #Jesus to break and destroy any aggression, attempts of the enemy to penetrate, curses resulting in the destruction of the mind, behavioral perversion, schemes of the enemy or wicked people, self condemnation and sexual perversion.

The New World Order cult that rules the world administers a Satanic Pedophilia Network, including top-level politicians like Australian Prime Ministers and US Presidents.

(MONTGOMERY, Ala.) — President Donald Trump has recorded automated phone messages urging support for Republican Roy Moore in the Alabama Senate race. White House spokesman Raj Shah said Saturday that Trump has recorded the phone message on Moore’s behalf. Moore’s campaign said the calls will go out to households Monday, a day ahead of the… 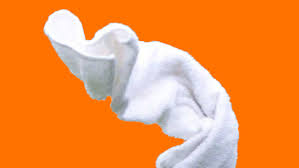 A Season of Growth, A Season of Faith – Preparation invites us to take a good look at where we are and where God wants us to go.

This day was filled with revelations, learning, understanding, sharing and the delivery of words and ideas about how God works and what He wants from us and for us.

There are days when I’m so very sure I’m walking in the steps that were ordered for me, and then there is that one disappointment that I can and will allow to shake me. Does that mean that my faith is not as strong as it should be? Do I allow the friends of Job to whisper in my ear with suggestions of turning back? Have I not studied enough to know the difference between the voice of the Lord and that of something else? If I begin to answer those questions then I have indeed lost sight of what He wants for me?

I’ve learned that it’s in these moments when it seems like all hope is gone, my prayers have gone unanswered, and Satan is winning – if I throw in the towel, God will throw it back at me.

He’s not finished with me yet…

I am not to give up the good fight, it is when life goes awry by my eye’s vision that I must persevere and endure until I see His Face, face-to-face.